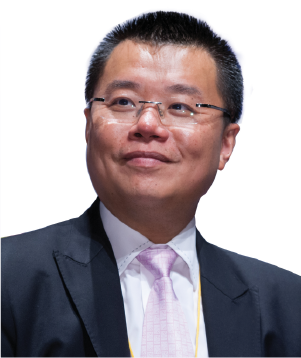 Witman is currently the Hong Kong Deputy to 13th National People's Congress (NPC) and Principal Liaison Officer for Hong Kong, Shenzhen Qianhai Authority. A seasoned ICT professional and angel investor, Witman has worked in the industry for 35 years.  He is the Executive Chairman, Chinese Big Data Society, Chairman of the Hong Kong Road Safety Association, Vice President and Secretary General of Hong Kong-ASEAN Economic Cooperation Foundation, Vice Chairman of Hong Kong Industry University Research Collaboration Association and the Monte Jade Science and Technology Association of HK. Witman was elected as a Director of the Board of the World Summit Awards, an initiative within the framework of UN WSIS. He is also an Independent Non-executive Director of three listed companies in the main board of the Hong Kong Stock Exchange. Witman is a Chartered Information Technology Professional and a fellow of the British Computer Society, the Hong Kong Computer Society, and the Hong Kong Institute of Directors.

Witman has earned eight degrees in the academic areas of Management, History, Law and Public Administration from various universities in the region. He served as a Part-time Member of the Central Policy Unit of the HKSAR Government during 2012-2014, and is currently an Adjunct Professor of Hainan University Belt and Road Research Institute. He also serves in multiple committees for various universities in the region.

In 2008, Witman was selected as one of the Ten Outstanding Young Persons of Hong Kong. In 2016, he was given the Asia Social Innovation Leadership Award by CMO Asia and in 2017 he was given Light of Civilization 2017 Chinese Cultural Exchange Person of the Year. In 2015 he was appointed as a Justice of the Peace by the Hong Kong SAR Government.