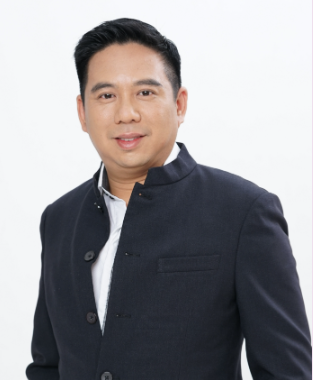 Gary, a young I.T. entrepreneur, graduated from Executive Master of Public Administration (EMPA) of Tsinghua University, and Electronic & Computer Engineering of The Hong Kong University of Science and Technology (HKUST).

As an entrepreneur, Gary started his own business when he was studying in HKUST. Since then, his keen interest in Internet has driven him to focus on Internet-related business and his dedication in the I.T. sector secures his success. He is now the Founder and CEO of Techture Limited, a Digital Agency providing integrated online to offline (O2O) solutions with a pool of PR and IT experts.

As the founding member and President of the Smart City Consortium (SCC), Gary has focused on developing electronic identification (eID) applications for both Chinese mainland and Hong Kong in recent years. With growing enthusiasm, unique business insight and cutting-edge technology, he is seizing the rare opportunity of China-Hong Kong Smart City development. He is also the guest host of Metro Radio and Hong Kong Open TV. Apart from contributing to SCC, he also undertakes different professional roles such as Vice-President of Internet Professional Association, Vice-Chairman & Honorary Treasurer of Hong Kong Software Industry Association.

Last but not least, Gary is appointed by the HKSAR Government to serve as the Member of the Advisory Board for Science Unit of Lingnan University, the Member of the Committee on Innovation, Technology and Re-industrialisation of Innovation and Technology Bureau. He also founded Ma On Shan Youth Association in 2007. The Association is a Registered Charitable Organization which currently operates two social enterprises.

Gary received the “Young Leader Award” from the Harbour Junior Chamber in 2008 and was awarded the Medal of Honour from the HKSAR Government in 2017. Both awards acknowledge his significant outstanding achievement and contribution to the Hong Kong community.